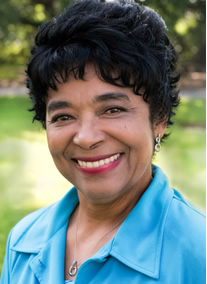 Dr. Betty Kennedy grew up with humble beginnings in Mobile, Alabama, graduating from Williamson High School as Valedictorian. As a result, she received a Norton Biology Scholarship to attend Miles College-Birmingham., Alabama. Within 3 years, she received a BA in Biology/Chemistry and was the first in her family to receive a college degree. She began her career working in the finance industry as a manager trainee, and was promoted to branch manager transferring her to Baton Rouge, Louisiana.

Dr. Kennedy has held the positions of Research Recruiter, Instructor, Adjunct Faculty, and is currently a Community Outreach Specialist at the Pennington Biomedical Research Center. She serves on the Community Engagement and Outreach Resource (CEOR) core for the Louisiana Clinical and Translational Science Center (LA CaTS), coordinates the Baton Rouge (BR) Community Advisory Board (CAB), and leads the Health Promotion and Dissemination Activities of the core.  Through this medium, Dr. Kennedy was awarded a CEOR Key Component Activity (KCA) pilot grant  award in 2015.

The pilot award originated through an informal needs assessment and a series of brainstorming sessions conducted within the BR CAB, during which CAB members consistently agreed upon the importance of identifying the roles and needs of caregivers. In response, Dr. Betty Kennedy worked with interested CAB members to develop a study proposal titled, "Caregivers' Perceived Roles in Caring for Patients with Heart Failure: Implications for Healthcare Providers." With funds allocated to the KCA to support the project, the study began in October 2015 and ended March 2016. Overall, the following KCAs and institutions collaborated in the Heart Failure Caregivers Study: Health Literacy Core; Biostatistics and Epidemiology Core; the BR CAB; and the University Medical Center (N.O., LA). The purpose of this study was to determine what roles patients and caregivers perceive and desire for themselves in managing heart failure (HF), and to compare and contrast these roles with those perceived by healthcare providers. A total of 93 (60 patients, 22 caregivers, and 11 healthcare providers), completed the study. Patients and caregivers individually participated in semi-structured interviews, and healthcare providers participated in one of two focus groups. The study found that interventions are needed among HF patient caregivers and should focus on education in family structures, family functioning and skills training in family assessment and engagement. The study is published in the Ochsner Journal, 2017.

Dr. Kennedy and a fellow CAB member submitted a Letter of Inquiry for a Tier A Cycle 1 Award in the amount of $50,000 to the Patient-Centered Outcomes Research Institute (PCORI), April 20, 2017 to plan the proposal: "Capacity Building for a Community-Based Participatory Research Model of Caregiver Interventions." Although HF is the specific focus, caregiving has a spillover effect and encompasses all chronic diseases across the lifespan from birth to death.